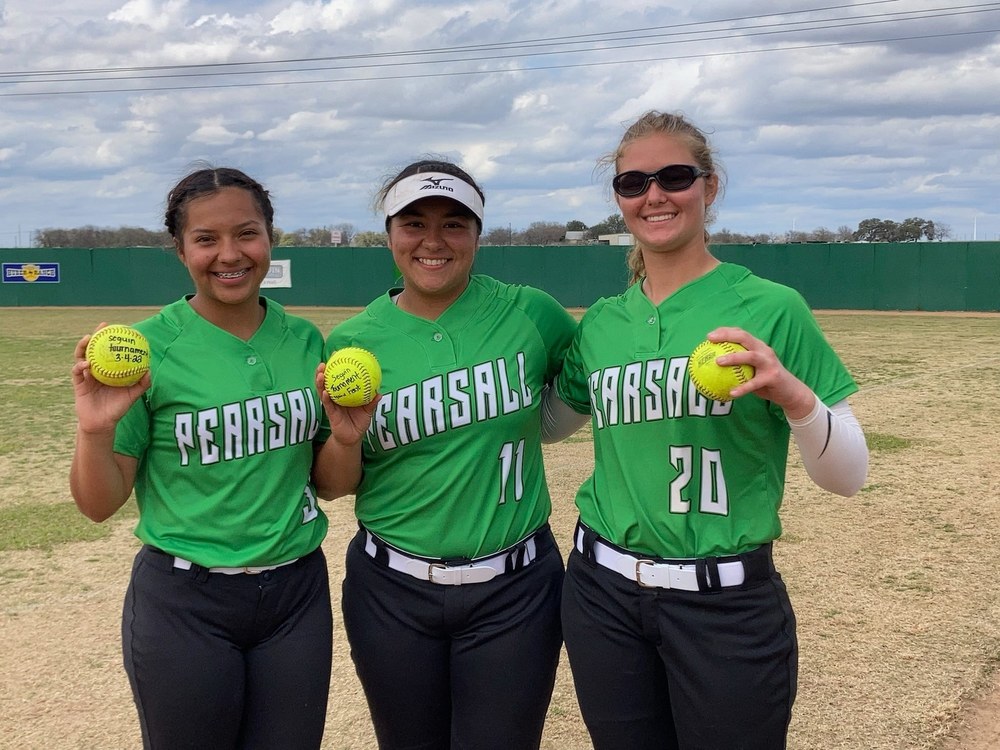 Day 2 of the tournament!

Pearsall had all cylinders firing on offense on Friday, winning big over FEAST HomeSchool 9-1

The Lady Mavs notched four runs in the second inning. The rally was led by a home run by Kristen Morales and a double by Ebony Garza.

The Mavericks snagged a late lead and defeated Hondo Owls Varsity 9-7 on Friday. The game was tied at six with The Lady Mavericks batting in the bottom of the fourth when Kristen Morales homered on the first pitch of the at bat, scoring three runs.

Morales led Pearsall to victory by driving in four runs. Morales went 3-for-3 at the plate. Morales drove in runs on a single in the first and a home run in the fourth.

Pearsall collected 11 hits on the day. Morales, Ebony Garza, and Destiny Sanchez each racked up multiple hits for Pearsall Varsity Mavericks. Morales went 3-for-3 at the plate to lead Pearsall Lady Mavericks in hits.

After scoring one run in the final inning, Hondo pulled within two runs. The Owls had runs on second and third with two outs when catcher Clarissa Elizondo and third baseman Kristen Morales executed a spectacular pick-off play which resulted in Elizondo throwing out the runner at third and ending the game.

Pearsall improved to 18-1 on the season.

Photo captions:
These girls hit homers in game 1. Destiny and Maddy went back to back!

A BIG Thank You to Firehouse Nutrition, for Keeping our Lady Mavs Healthy & Hydrated. We Greatly appreciate your Support & Loyalty to the Athletic Program. We Love your generosity & willingness to always help out our Student Athletes.